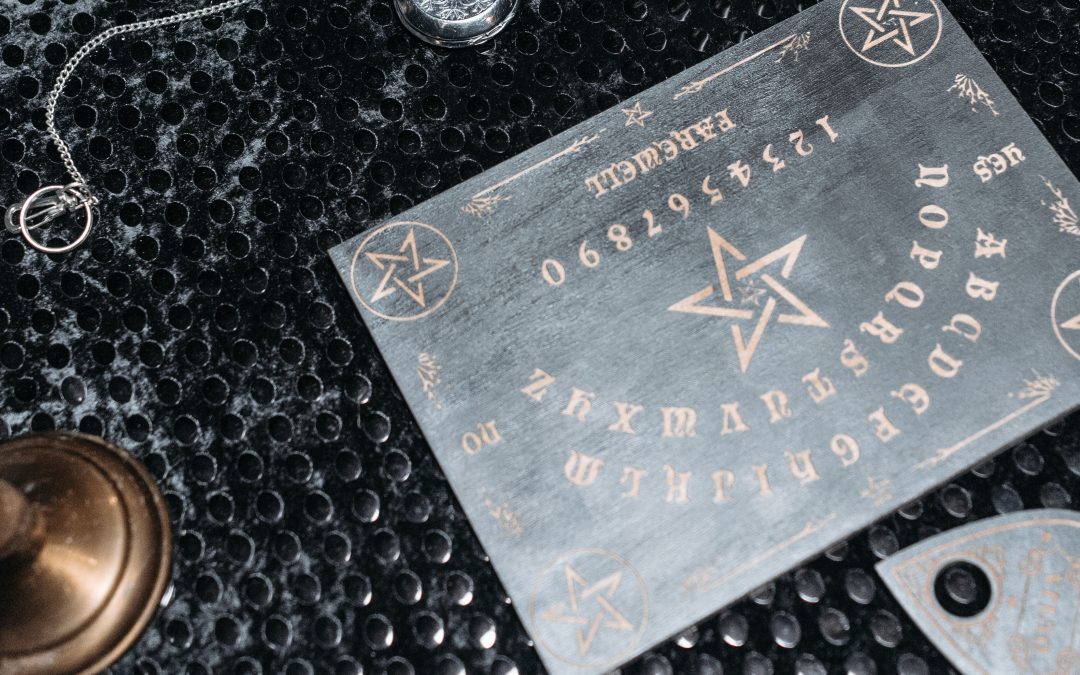 Spiritualism developed into a popular “alternative” spirituality in Britain and America during the nineteenth Century. From a series of paranormal occurrences in the United States, Spiritualism devoured the yearnings of its age.

From the Fox Sisters in upstate New York during 1848, which begun a craze for seances in nineteenth century America, where a system of pattern “raps” or disembodies taps on wood, allowed the spirit of the deceased to send messages to the world from their afterlife.

However, the movement  quickly came to an end in the United States amidst the chaos of the Civil War in the 1860s. From there, however, it spread to Britain, where it was firmly established in the second half of the nineteenth century.

A number of distinctive factors can be associated with the appeal of Spiritualism. Perhaps most alluring was its apparent proof for the immortality of the soul, a deeply rooted belief called into question by contemporary philosophical trends, now demonstrated before an audience. It was also popular due to the prominence given to women, on middle-class female behaviour characteristic of Britain and America in the 1800s. Rapping’s, loud cries of messages from the other world, and the dramatic stage persona of the medium allowed women to be uninhibited in public whilst retaining respectability. The ever-present difficulty, of course, was for the medium to continue ‘performing’ under the increasingly strict test conditions needed to prove their truth. Florence Cook, one of the celebrated mediums of the 1870s, saw her initially strong apparitions become increasingly weakened as the pressure mounted, despite her protests that overt test-conditions frightened spirits away. Many mediums had their reputations broken and died in poverty; those found to have faked apparitions by foot-tapping or forged ectoplasm were usually taunted by their followers, who claimed that the later forgeries only occurred due to intrusive conditions. In addition to test conditions, this also meant the theatrical side of affairs, namely the need to contend with an abusive audience. After the medium Annie Fairlamb resigned from her society, she blamed frequently hostile audiences who taunted her when materializations were not forthcoming. The result was that, although initially liberating for many women, fashionable spiritualism could leave them trapped in their surroundings.

The world of spiritualism, both a quest for scientific rigour and spiritual meaning, was effectively the increasing of sceptics, and the Victorian quest for novelty amidst conventional society. For some, it was a liberation from the freedom of formality of middle class Victorian society, for others it was a sign of absurd credulity joined the exasperations both of clergymen and academics at the dawn of the twentieth century.